People have the ability to either harm or help wildlife. Something as simple as “feeding the birds” can have grave consequences such as angel wing, which stops them from flying. Releasing non-native birds into the wild causes competition for habitat with local birds. However, you can coexist peacefully with our feathered friends. Create an oasis of native plants such as elderberry, blackberry, and oaks that provide food and habitat. Or, plant hummingbird sage which will attract these birds to your yard. Join the Audubon Society to learn more.

Baby Birds
Young birds go through a fledging period when they leave the nest and begin to learn to fly; during this period they are not abandoned. It may take some time for success. So, leave them alone and give them room.

Baby birds sometimes fall out of the nest. If you can see the nest, put gloves on or gently wrap the bird in a soft clean cloth and replace it in the nest. If you cannot see the nest and/or the baby is injured, place them in a covered box with air vents, lined with a soft clean cloth and contact the California Wildlife Center. They can also provide advice over the phone.

Raptors
Raptors are also being impacted by rodent poisons. Raptors  such as hawks and owls help mitigate rodent populations while displaying their power and grace in our skies. To maintain raptor population, some homeowners are installing owl boxes to attract nesting pairs.

Owls
Owls are also being impacted by rodent poisons. Because owls hunt at night, they are crucial to keeping rodent populations down, thus balancing the ecosystem for nocturnal species.

Bald Eagles
After being completely extirpated from Southern California, Bald Eagles have made a comeback on the Channel Islands and are starting to come into the mainland – even in the Santa Monica Mountains. Watch their inspiring story in the short film Return Flight. 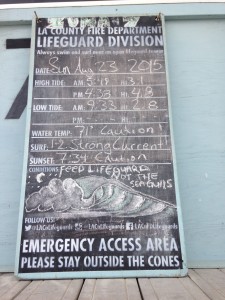 Marine Birds
Did you know…there are over a dozen seagull species? In certain species, the feather patterns change not only from infancy to adolescence, but also during adulthood years; and patterns can vary according to gender. Watching birds at the shoreline can be one of the great joys of coastal living. Pelicans, gulls, cormorants, and blue herons are among the most commonly seen waterbirds in Southern California.

Western snowy plovers are exquisite tiny birds with fragile legs that run outrageously fast along our beaches. Their babies are tiny balls of fluff. Be a good steward and avoid stepping in their nesting zones, which look like slight indentations in the sand.

Remember to keep trash in the trashcan and don’t feed the birds any human food – it can make them ill and even shorten their lives.

In This Section…
Copyright Resource Conservation District of the Santa Monica Mountains . 2022 - All Rights Reserved. Site Designed by Persechini
Back To Top